QUIT THE 9-5 TO BECOME A MOUNTAIN GUIDE

Jake is a former Business Analyst and Technology Project Manager turned season chasing vagabond. After completing his master’s degree and working in technology consulting for several years in Boston, Jake quit his job, packed up his truck, and has been climbing, snowboarding, and instructing and guiding ever since.

While in Boston, weekends were spent exploring terrain in Maine and New Hampshire and all paid leave was spent in the Rockies and Cascades.

After spending countless nights contemplating, he finally took a leap of faith, put in his 2 weeks notice, and decided to redirect his career path towards his passion for the outdoors. The time had come to trade in his suits for gore-tex shells and laptop for avalanche safety gear.
The first step in transitioning away from the corporate cube life to a high-altitude alpine environment was accepting a job at Crystal Ski Resort, a local ski resort tucked away in the mountains of Washington state. At Crystal, Jake instructed ski and snowboard lessons, and lead backcountry tours, while further honing his wilderness know-how by taking advantage of the steep and abundant terrain the Cascade Mountains have to offer. After checking off several of the PNW volcanos, he has turned his sights toward Denali. 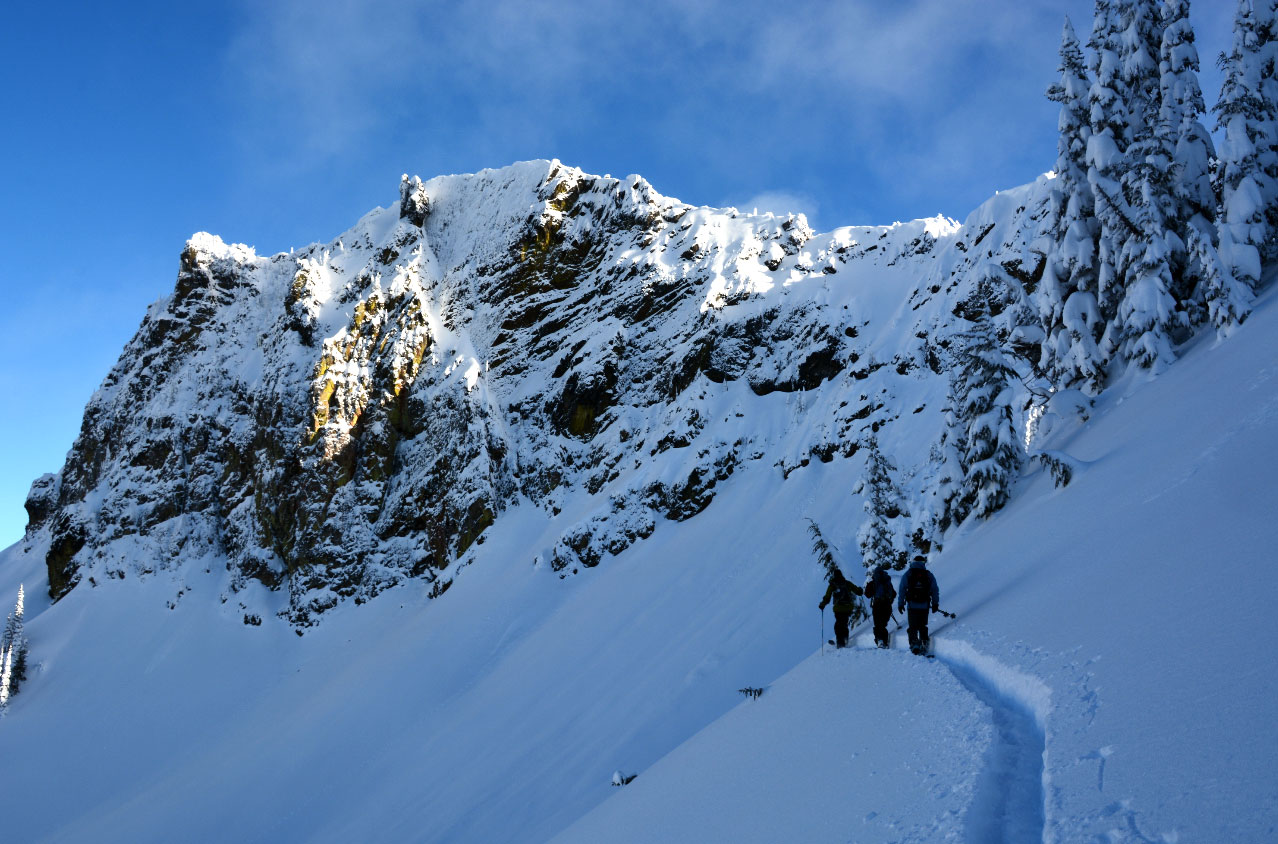